VANCOUVER FRINGE FESTIVAL:
Sink or Swim
The Orbweaver
Give It Up
Various venues
Sept. 8-18
BUY TICKETS

This was Jerry's review of the original production at the 2016 Fringe Festival.

Subtitled “childhood stories for adults,” Bev Elliott’s new solo show—with onstage keyboards and vocal harmonies from Bill Costin—celebrates her childhood in rural Perth County, Ontario. Although there’s a grouchy teacher and some bullies in her kindergarten and grade one classes (she’s dubbed “smelly Elliott” after she pees herself in the one-room schoolhouse), this is a pretty idyllic journey and an utterly charming show. Elliott is a lovely actress and a very fine singer—and, it turns out, a damn good songwriter, too. She has co-written six of the show’s seven original songs, all of them melodic, evocative and lyrically clever. Some great projections by Jordan Watkins complete the package. I would have preferred a smaller, more intimate venue. But if you want to be charmed out of your pants by a total pro, see this show. 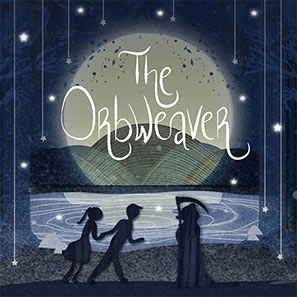 Mexican national Paula Cervantes got her BA at UBC, returned to Mexico City to work in the theatre, and has now come back to Vancouver with her Mexican company for the English-language premiere of this wonderful show—my Number One Pick of the Fringe so far. A postmodern folktale, The Orbweaver (the name of a kind of spider) tells the story of lovers Elena (Ana González Bello) and Quiron (Evan Regueira). She’s a sweet young thing. He’s Death’s personal assistant. They narrate and enact their tale while Death (Marcos Radosh cloaked in costumer Sara Salomón’s huge black robes) silently goes about his business. When the lovers discover that they can only get together when people are dying, they take up killing. When that becomes too much, they flee across borders to a land where, they hope, Death can’t reach them. That place, filled with strange idioms (seeing eye to eye, it takes two to tango), has its own problems.

Cervantes’ script is enormously rich and clever, as is her direction (watch how Elena’s mop becomes a wig transforming her into her own wicked stepmother). This is as fine a full production as you will see at the Fringe, with excellent lighting by Matias Gorlero and terrific sound and music by Manuel Aguirre. And those actors! Bello and Reguiera are a joy to watch and, with their slightly accented English, to hear. And can they dance. Anyone who enjoys sparkling, innovative theatre should see this show.

Give it Up. Morgan Brayton.

This is my other favourite show and my other Pick of the Fringe so far. Brayton is a wonderful comedian who tells the story of her quest for stardom and her experience as an actress in Hollywood North. It’s a tale by turns hilarious and not so funny at all. After 27 years of moderate successes—roles in Neon Rider and 21 Jump Street, in Bruce McDonald’s classic Canadian film Hard Core Logo, even a year as a series regular in LA—Brayton finds herself still having to audition for Cashier Number Two.  And she realizes she probably won’t even get that part. She deals candidly with the painful humiliations she’s endured as well as the joys, including an inspiring conversation with Patrick Swayze shortly before his death. Interspersed in her narrative are three comic character routines that show us just how brilliantly multitalented she is. Her dance with a dog will blow your mind. This show should be required viewing for every acting student in Vancouver. If you want to laugh your brains out, maybe cry a little, and experience some of the realities of the screen actor’s life (especially a woman’s), don’t miss this show.

get in touch with vancouverplays: